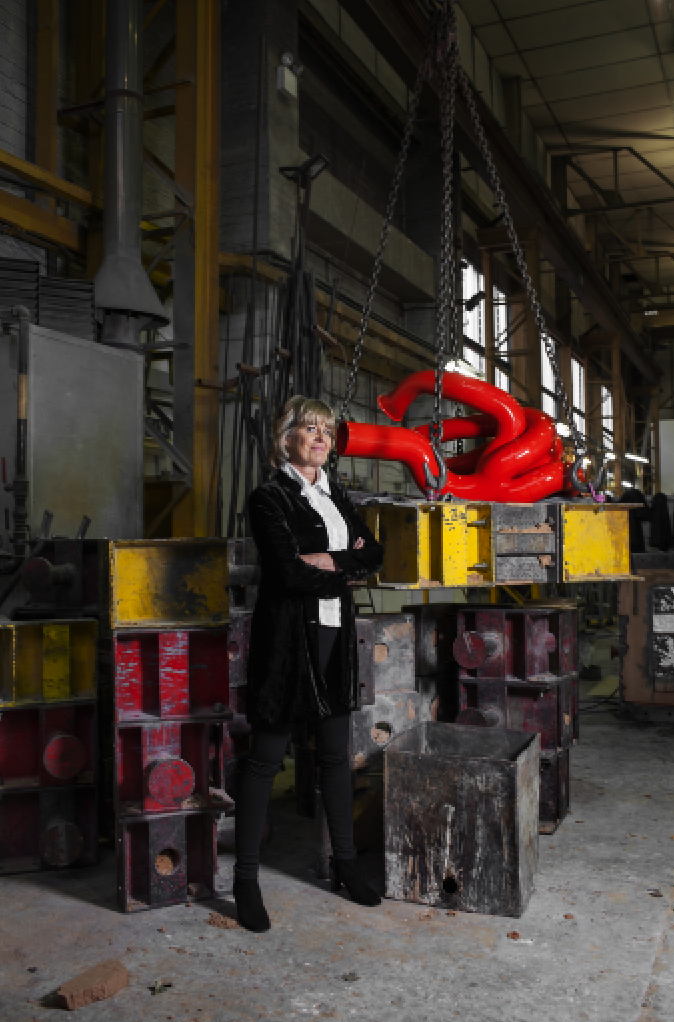 Artist Angela Palmer has sculptures in the permanent collections of The Ashmolean Museum in Oxford, The Smithsonian Air and Space Museum in Washington, The National Portrait Gallery in Scotland, and The National Botanic Garden of Wales. Her work is in private and public collections worldwide. She is an award-winning graduate of The Royal College of Art and was a scholar at The Ruskin School of Drawing and Fine Art at Oxford University. She is represented by The Fine Art Society, New Bond Street, London W1S 2JT, www.faslondon.com

Mapping is at the core of her work and using MRI, CT and other scanning methods, she has adapted a technique to show objects floating as three-dimensional drawings in glass cubes. These include her brain, an Egyptian child mummy in the Ashmolean Museum and the head of the world’s most famous racehorse Eclipse. She has also recreated an area of space using Nasa data for the Kepler mission. She created lifesize in glass the most successful Formula 1 engine, the V8 RS27, used by Sebastian Vettel in four consecutive F1 world championships. Her most recent project is the Geological Spine of Great Britain in which she sourced sixteen rocks from every geological period spanning 3 billion years (with four representing the Precambrian period), tracing in a complete timeline the creation of England, Wales, Scotland and N Ireland from their position near the South Pole to the present day. The final element in the geological spine is a rock-like structure in mirror-polished steel. Intended to reflect man, it symbolises the Anthropocene, the new geological age to be officially declared in the near future. See:https://www.sculptureforarchitects.com/category/latest-news

Palmer’s most ambitious work is the Ghost Forest, www.ghostforest.org, an installation of 10 mighty rainforest trees which she brought from a commercially logged virgin forest in Ghana, West Africa to Trafalgar Square in London, followed by Copenhagen during the world Climate Change summit; Oxford’s Museum of Natural History; and the National Botanic Garden of Wales, where they are now on permanent show.