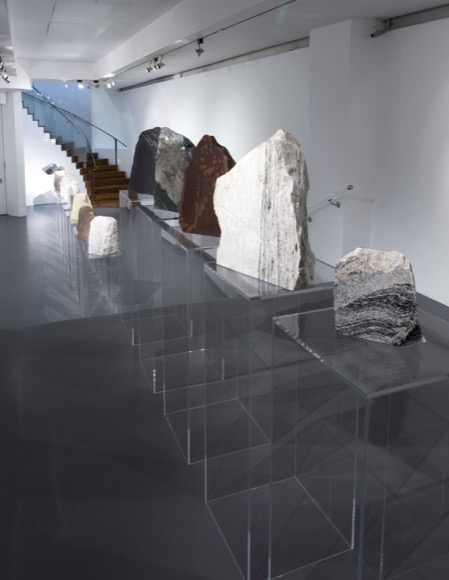 Brain of the Artist


Angela Palmer’s glass self-portrait, Brain of the Artist, is currently being exhibited in Facing the World: Self-portraits from Rembrandt to Ai Weiwei at the National Portrait Gallery in Scotland. The exhibition is the result of a tri-national exhibition of artists’ self-portraits drawn from the collections of three international museums, the Staatliche Kun­sthalle Karl­sruhe in Germany, the Musée des Beaux-Arts in Lyons, France and the National Galleries of Scotland. The exhibition is part of the International Edinburgh Festival and closes on October 16, 2016. Artists include Gus­tave Courbet, Ernst Lud­wig Kirch­ner, Henri Ma­tisse, Max Beck­mann, Andy Warhol, Ma­rina Abramović and Tracey Emin. Palmer’s Brain of the Artist is in the museum’s permanent collection.
The Brain of the Artist was selected by Sir John Leighton, Director-General of the National Galleries of Scotland, in his book 100 Masterpieces, drawn from Scotland’s three national galleries. Sir John was formerly Director of the Van Gogh Museum in Amsterdam and Curator of nineteenth-century paintings at the National Gallery in London.